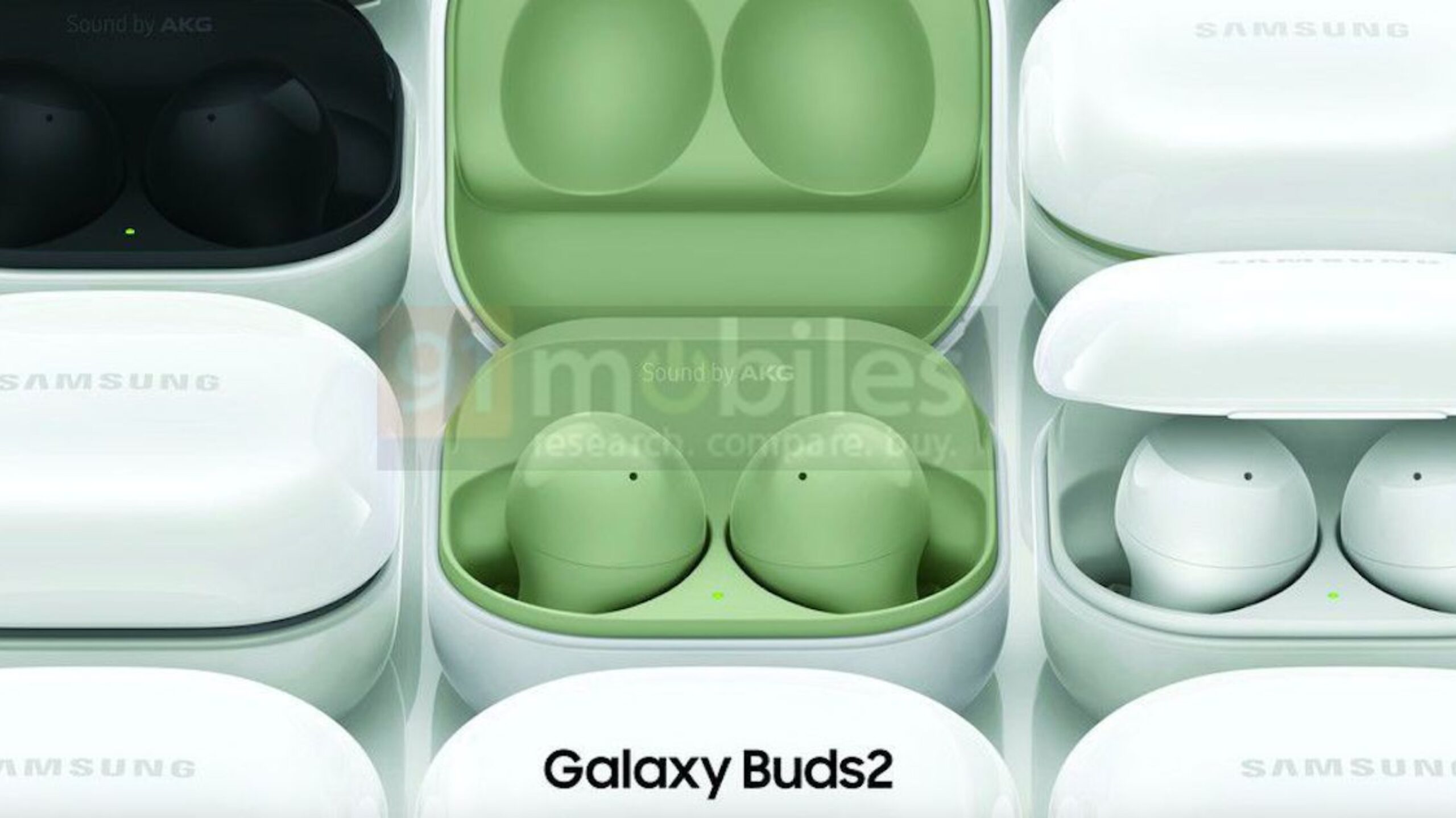 Leaked renders of the Samsung Galaxy Buds 2 indicate that the buds will launch in four colour options.

The renders, which were posted by 91Mobiles, display the buds in black, green, purple and white. This isn’t surprising because previous reports suggested that the buds will come in four colours.

The renders also display the cases, which will reportedly have a white exterior while the internal colour will match the colour of the buds.

Based on a previous FCC listing, the buds charging case will hold a 500mAh battery and each bud will have a 60mAh battery. The case will support charging at 2.5W and the buds will charge at 0.6W.