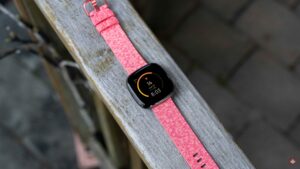 Google has a variety of Fitbit smartwatches and trackers available on sale on its website.

Below are the Fitbit products discounted:

For more on the Fitbit Sense, check out our review of the fitness-focused smartwatch.

You can find all of Google devices on sale, here.

Netflix and CD Projekt Red are hosting a ‘The Witcher’ convention...