Elon Musk once again took the stage, late, to reveal the world’s fastest production car ever, the new Plaid trim of the Model S.

According to what Musk said on stage, the car also features a slightly new design on the outside to achieve the lowest drag coefficient of 0.208, which is the lowest of any car ever made as well.

Canadian’s will be happy to know that Telsa also improved the heat pump and thermal design, making it more efficient, so it draws less battery to heat the cabin, and it can cool itself down faster when you’re doing repeated runs from 0-100Km/h over and over and over again.

After hyping up the car’s driving specs, Musk also said that the car is designed with maximum safety. He said that the car has yet to be tested by the U.S. government, but since Tesla has such a good track record with its crash safetly ratings, he’s expecting the new Model S to be the safest Tesla ever as well. 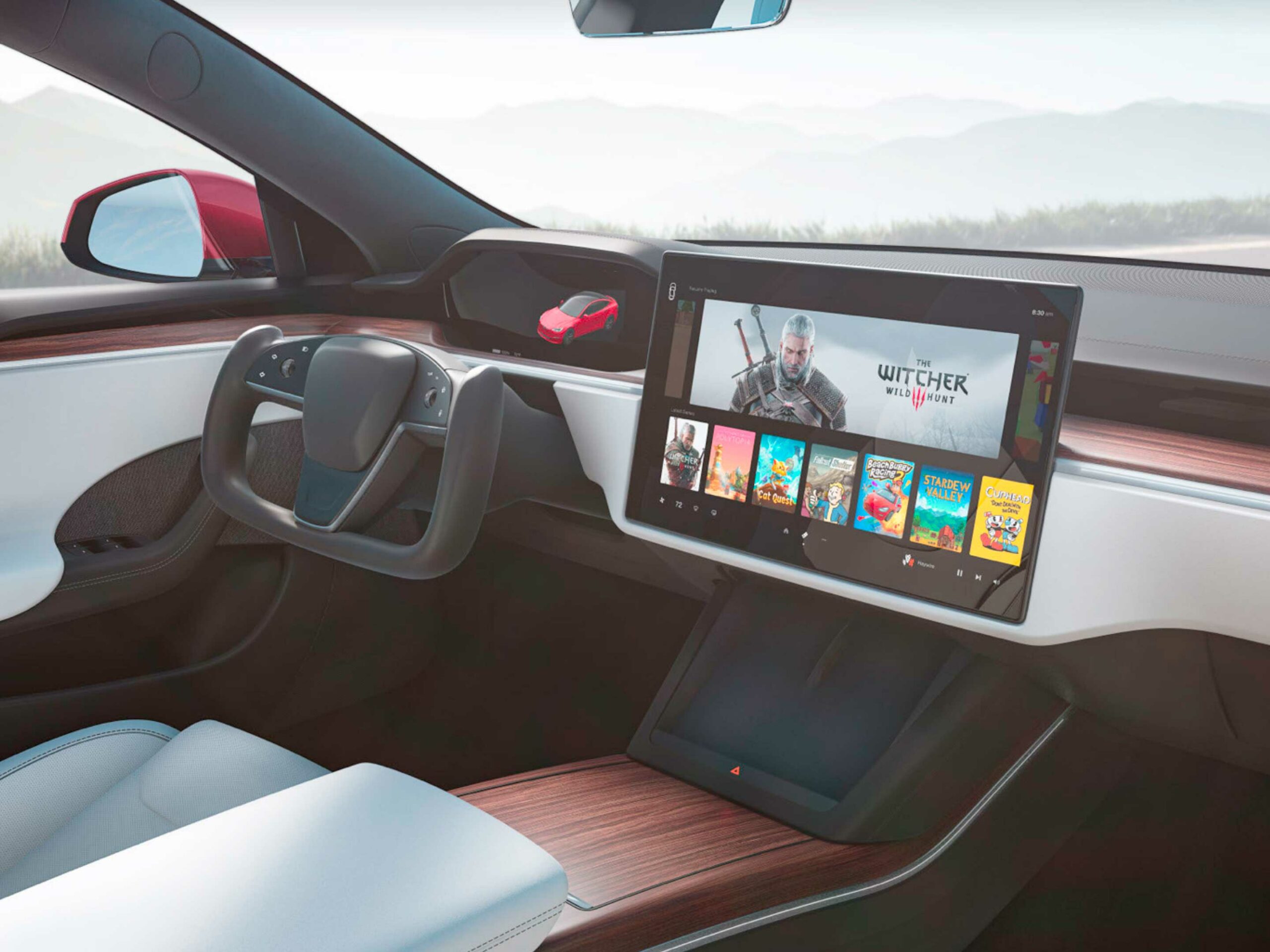 If you remember the new Tesla redesigned interiors from January, this looks to be similar, with a clean design and the controversial yoke steering wheel. Musk took some time to address the yoke-styled steering, saying that it’s helpful, and since it doesn’t block the instrument cluster screen, it helps the car feel more immersive.

After talking about the cluster screen, he also mentions that the main screen is now in landscape, so you can watch content or play video games while you’re waiting for your car to charge. That new screen also has new Tesla software with a slightly updated look, draggable windows and a dock for your apps at the bottom of the screen. Overall, it appears to be much more intuitive and similar to laptops or an iPad than other car infotainment screens. Once again, he mentions that the car has a PS5 level gaming performance. During the event, he showed off someone playing Cyberpunk 2077 on the screen live.

He also said that the car should be smart enough to know when you want to go in reverse or forward and will remember how you drive the car, so you’ll need to input commands to the car less as it learns how you interact with it. Hopefully, this should make up for the lack of driving stocks behind the new steering wheel, but only time will tell if drivers adapt to giving up more control to their cars.

Before he stopped talking about the interior, he also mentioned that the new Model S can take multiple Bluetooth sources and has a 35-watt power supply even to charge some laptops.

Bumble survey: Skipping the COVID-19 shot could cost you a date

Will a Rise in Online Learning Open Remote Teaching Opportunities for...