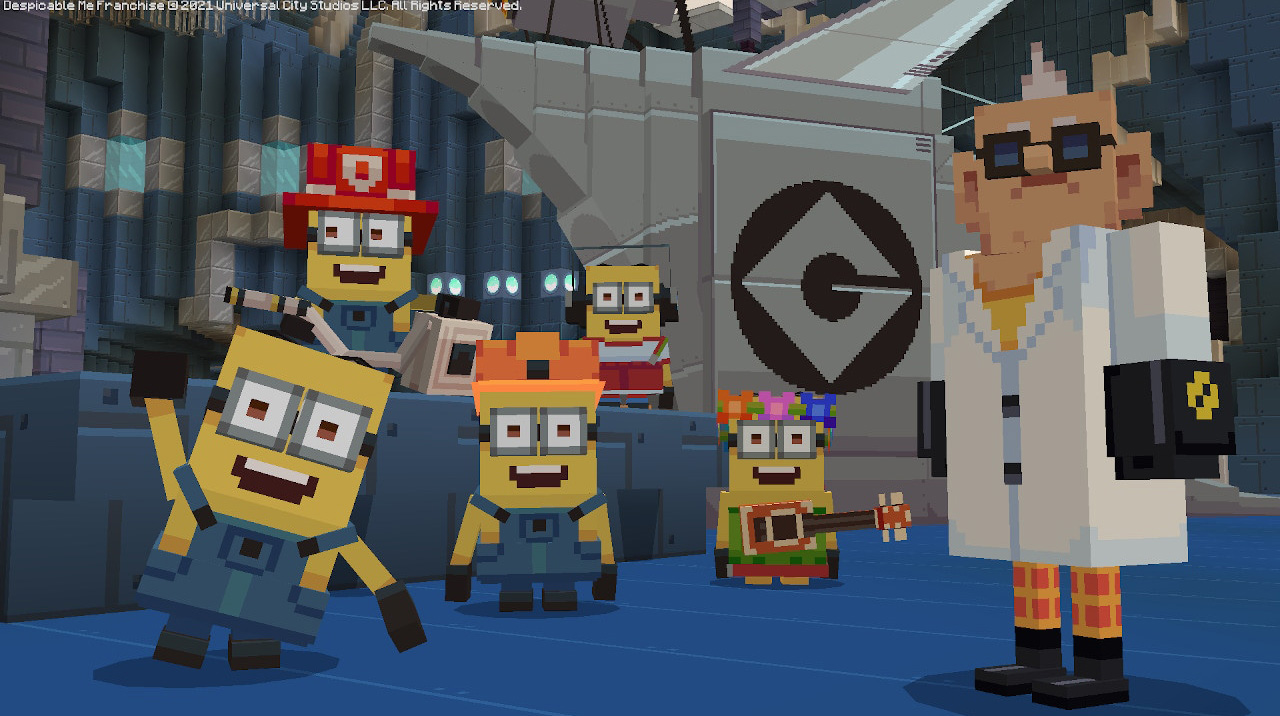 The DLC includes a total of 29 new Minion-inspired skins, including the villains from the franchise’s upcoming movie Minions: Rise of Gru — Vicious 6 as new bosses in the game. Other new additions include skins for Margo, Edith, Agnes, Lucy and Gru, all from the Minions franchise and a new adventure map.

Put on your blue overalls and strap on your goggles: Minions have arrived in Minecraft!

Get the DLC from the Marketplace now, and help Gru go head to head against the most despicable villains:

Additionally, the DLC also brings the classic tiny, Yellow Minions who will follow your character around in-game and change their attire depending on the in-game situation and your in-game location. Check the image below for reference:

If you have enough in-game currency to spare, The Minions x Minecraft DLC is priced can be purchased for 1,340 Minecoins from the Marketplace. If you don’t have any Minecoins, Minecraft‘s 1720 coin pack would be the perfect option and will set you back $12.79.

People first drove on the Moon 50 years ago today