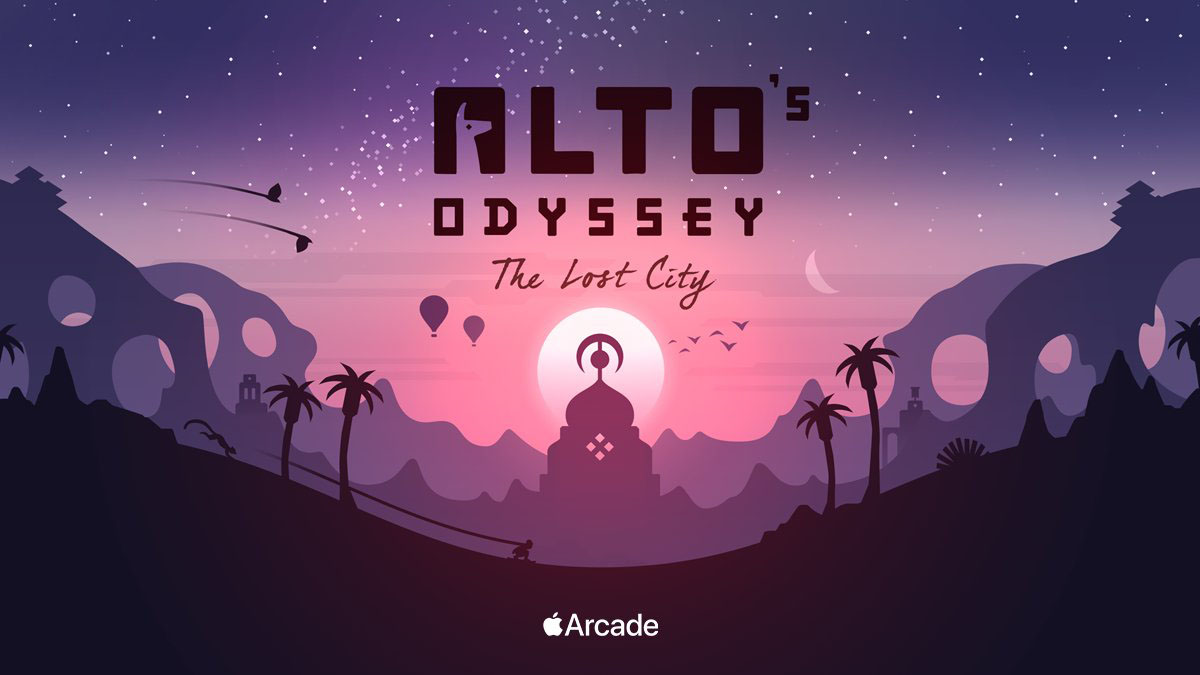 Toronto-based Snowman is working on a new entry in its critically-acclaimed Alto series, Alto’s Odyssey: The Lost City.

Unlike previous entries in the series, the game is set to be part of Apple Arcade, the tech giant’s $5.99 per month game subscription service, and will be playable across iPhone, iPad, Mac and Apple TV at launch.

There’s more to this Odyssey than meets the eye. Whether you’re a new or seasoned explorer, join Alto & friends as they venture deeper into the endless desert to uncover its best-kept secret! Alto’s Odyssey: The Lost City, coming soon to @AppleArcade. https://t.co/UmkFprMnTw pic.twitter.com/NxRghQlbQJ

Rather than an entirely new title, The Lost City seems more like an expansion pack to 2018’s Alto’s Odyssey, a game that builds on Alto’s Adventure‘s excellent endless-runner mechanics in meaningful ways.

While Snowman hasn’t revealed much about Alto’s Odyssey: The Lost City yet, a tweet from the official Apple Arcade Twitter account indicates that it features “new adventures to explore” and “mechanics to discover.” A brief video also shows off what looks like a new world. The title’s Apple Arcade description also reads as follows:

“Join Alto and his friends on an endless sandboarding journey to find The Lost City and unearth the secrets hidden within. Soar above windswept dunes, traverse thrilling canyons, explore ancient temples and delve into vast caverns in a fantastical place far from home.”

It’s unclear when the game will arrive on Apple Arcade. MobileSyrup will have more on Alto’s Odyssey: The Lost City in the coming weeks.

Apple also announced that Angry Birds Reloaded, a remake of the almost retro mobile title, is coming to Apple Arcade, along with Doodle God Universe, a remake of the classic world-building game.

Game developers are taking a stand against Activision Blizzard’s alleged harassment and discrimination of...

admin - July 28, 2021 0
If you’re someone who only plays games casually or even not at all, you might be confused why “Activision Blizzard” has been in the...

admin - July 28, 2021 0
The National Basketball Association is teaming up with iHeartMedia for a significant new push into the podcast market. In all, the two organizations plan...

‘Mario + Rabbids: Sparks of Hope’ is coming to Switch in...